Meet the Presenters and Co-Founders

Perfect your swing, in the perfect setting.

I am passionate about supporting people in discovering their natural and learned gifts, talents, and strengths so that they can flourish and lead fulfilled lives. 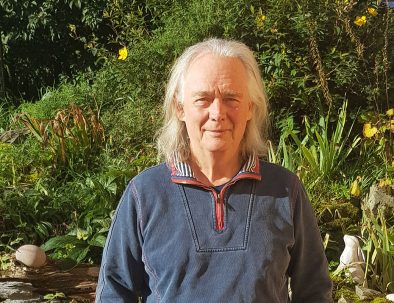 Vin teaches and develops Mindfulness training programmes for individuals, groups and organisations in the UK and Europe.

John has pursued this quest for golf enlightenment ever since, taking him around west coast of America and then to Scotland and the Findhorn Community.

Joan Shafer is the Director of Playing to Your Strengths, an organization that supports leaders in strengthening their leadership skills, team cohesion, and organizational cultures. For the past 20 years, Joan has been a management consultant working with senior executive teams in multi-national organizations – specializing in leadership development, team building, and cultural transformation.

She is on the Coaching Advisory Board of The ExCo Group, a global senior executive mentoring firm. She was the co-founder and Senior Partner at the Barrett Values Centre for 10 years where she trained over 1000 consultants and change agents in values-based assessments, surveys and strength-based methodologies globally.

During the 1984 Olympics in her then hometown of Los Angeles, she hit her first perfect 7-iron, thus committing her to the pursuit of a happy life with no handicaps.

Vin Harris has studied and practiced meditation for more than 45 years under the guidance of many great Tibetan Buddhist teachers. He is a Teaching Fellow at the University of Aberdeen and he was a Founding Member of the Mindfulness Association.

Vin is also a very keen golfer! He started playing golf when he turned 40 and has spent the past 27 years making up for lost time. He is a Past Captain and currently President of The Moffat Golf Club in SW Scotland.

Vin teaches and develops Mindfulness training programmes for individuals, groups and organisations in the UK and Europe who value his unique gift for communicating the subtle meaning and purpose of meditation practice in everyday language. He also works with performance coaches to explore the possibilities of using mindfulness as a way of helping golfers discover the inner freedom to play the game they have always wanted to play.

John Talbott was first introduced to golf at the age of 12 by his Aunt Grace. No coincidence as grace became a quality that he would often associate with golf. On the seventh hole of a beautiful course on the slopes of Mt Hood in Oregon, he first experienced his ‘authentic swing’. In that moment of watching the ball rise magically upward into a deep blue sky, he experienced what could only be called pure spiritual transcendence. He was hooked.

He has pursued this quest for golf enlightenment ever since, from the northwest coast of America, to Scotland and the Findhorn Community for nearly 25 years, where he was lead the development of their ecovillage and building his own whisky barrel house and where Fairway to Heaven was born.

John and his Aussie wife Samantha moved to Sydney and lived on the beautiful iconic Bondi Beach for the past 18 years, where their son Taran joined them in 2006. The family has now returned to Findhorn and the Forres Golf Club, where golf as a truly spiritual practice emerged.